5 tweaks to Gboard that will speed up Android typing

One spot on your smartphone where a few more seconds of typing can make a big difference is the on-screen keyboard.

The fact that Android’s text input is superior to that of other mobile systems is generally underappreciated. You only need to use an Apple gadget for two minutes to know what a wonderful gift we have (and to make yourself want to gouge your eyes out with the nearest overpriced Apple accessory).

You might be shocked to hear that there are a ton of great Android keyboard apps available, but Google’s Gboard keyboard is the best example of what using an Android keyboard can be like. Gboard is working right out of the box, but if you poke around in its settings, you might discover some hidden jewels that will give your Android input process a touch of magic and help you save valuable milliseconds.

In order to achieve professional-level productivity, shatter those phalanges: We’re studying Gboard’s lesser-known features in order to speed up your Android typing experience.

First and foremost, if you’re anything like most dual-thumbed Android phone owners, you probably waste tons of time hunting for symbols on your Android device’s keyboard — everything from asterisks to at-signs and pluses to parentheses.

Well, my fellow fast-fingered feline, there is a better way.

To begin, open Gboard’s settings (by tapping the gear-shaped symbol in the top row of the keyboard; if you don’t see that symbol there, tap the three-line menu icon in that same area; from there, find the gear-shaped icon on the screen). Then:

Select “Settings” from the menu. then select preferences

The option to “Long-press for symbols” will be at the very bottom of the next screen, so be sure to scroll all the way to the bottom of that one.

To activate it, press the switch that appears.

Now exit that menu and, when Gboard reappears, look at the corners of each letter for the tiny characters.

What do you think of that? Just press and hold your finger on any of those letters.

Don’t go on with your wonderful life just yet, because there’s a really effective way to make that symbol-summoning tweak even more efficient.

Stride back into the Gboard preferences and do this:

Select “Settings” from the menu.

Select the option that says “Key long-press delay” by scrolling down.

To reduce the delay, tap it and move the slider to the 200 ms range.

If you do this, your keyboard’s long-press detection time will decrease noticeably, reducing the amount of time you have to hold down a key in order to access the supplementary symbol shortcuts.

Give the 200ms setting a go and see how you like it. That’s the sweet spot for me, where long-presses register quickly enough to keep your typing flow uninterrupted but not so easily that you’re likely to trigger ’em accidentally.

You may need to experiment with different values until you find one that suits your typing style, but I’m confident that you’ll find something that works better for you than the default Gboard configuration.

Those auxiliary characters are a fantastic short cut to the numerical value you’re looking for. However, Gboard has you covered if you type a lot of numbers on your Android device and want to make them even more readily accessible.

So, it’s time to delve back into your Gboard “Settings”, then go to Preferences.

To show or hide the number row, click the corresponding toggle at the top of the screen.

If you do this, an additional row of numbers will appear at the top of your increasingly customized Android keyboard, making the entire numeric keypad accessible with a single tap rather than requiring you to tap and hold.

Moreover, here is a secret bonus recommendation in that vein: You’d never know it, as there’s no visible indication, but once you have that number row active, you can press and hold any of those characters to get a pop-up list of related numerical options — fractions, superscripts, and even an on-demand holographic representations

Perhaps you’re not as good with numbers as you are with emojis. Look, everyone has their own method of self-expression.

You should definitely take note of Gboard’s exceptionally effective emoji-enhancing options if you frequently inject smilies, kitten faces, and/or piggy snouts into your Important Business Communications.

Now, go back into your Gboard settings and pay close attention to the following three options under “Emojis, Stickers, & GIFs“:

To begin, you can quickly access frequently used emoji by toggling the “Emoji fast-access row” switch.
If you want to take it down a notch from there but still keep your favorite smiley symbols close, try the “Emojis in symbols keyboard” switch instead.

Alternatively, you can turn on the “Emojis” option found in “Suggestions while typing” for a more situational and on-demand approach. By doing so, you can see a selection of emojis alongside your regular Gboard text suggestions, as if they were words.

Gboard Tweak # 5: Instant Undo of Autocorrect Mistakes with a Tap

As useful as auto-correct can be, it’s also one of the most frustrating pieces of computer magic to ever enter human life.

Don’t go berserk the next time your Android keyboard makes an erroneous auto-correction; rather, just ignore it and move on. Or maybe do it if you think that cow deserved it.

In any case, this nifty tweak to your Gboard settings should make your life a lot easier:

In Gboard’s settings, under “Text correction,” you’ll see a line that reads “Undo auto-correct on backspace.“
The adjacent switch needs to be in the on position.
With that minor adjustment in place, if you aren’t satisfied with a correction Gboard makes, you can undo it by pressing the Backspace key on your keyboard (the left-pointing arrow shape with a “x” in it, in the bottom-right corner of Gboard).

As long as you do this before pressing any other keys, the auto-correction will be undone and your word will revert to how you entered it. That’s a good sort of authority to have. 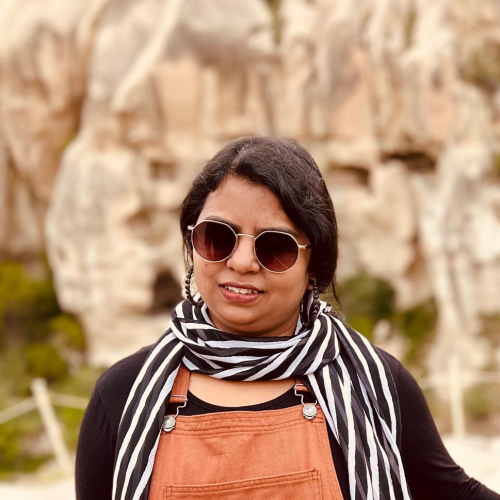