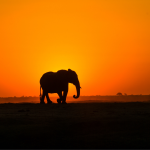 The game takes place in the Marvel multiverse at a time when multiple dimensions are collapsing into one another. Several characters are drawn into a shared universe in which Earth is divided into various zones, including Midgardia, New Stark City, Sakaar, and the Hydra Empire, among others. Captain Marvel, Doctor Strange, Spider-Man, Storm, Iron Man, Captain America, Black Widow, and Star-Lord will all be playable characters. The game is a free download, but there are in-app charges ranging from $0.99 to $89.99 per item, which may make some free players apprehensive!

Download on the App Store: Here
Get It On Google Play: Here