ReVanced: The best YouTube Vanced alternative has been released 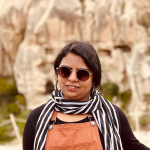 As a result of legal complications, the YouTube Vanced project was discontinued, and users immediately began looking for viable replacements. We are talking about the just-released program called ReVanced when we talk about the finest alternative app to the well-known Vanced Youtube application that you can get right now from this page.

What does YouTube Vanced actually entail? It was a customized YouTube client that came equipped with features such as SponsorBlock, an ad blocker, picture-in-picture compatibility, background playback, and AMOLED dark theme, and a lot of other options. This guide will walk you through the steps necessary to download the new ReVanced app, which is functionally equivalent to Vanced and may be used in its place.

Not too long ago, Google threatened to file a lawsuit if the premium version of the YouTube app known as YouTube Vanced was allowed to remain online. A significant number of users were subscribing to YouTube Vanced, which is an excellent substitute for YouTube Premium. There were components of the app that did not comply with the terms of service that are required by YouTube. As a direct consequence of this, YouTube Vanced was deactivated. While this outraged many people all around the world, a different team of software developers took control of the project and created a new app under the name ReVanced. This team had no connection whatsoever with the company behind YouTube Vanced.

“ReVanced is an unauthorized continuation of Vanced and is not linked with Vanced in any way. Its goal is to bring new features in addition to those that have previously been seen in Vanced. applied patches include micro-patch, AMOLED, minimized-playback, old-quality-layout, disable-create-button, general-ads, video-ads, seek bar-tapping, and background-play”.

Current features of ReVanced include:

Many YouTube users throughout the world may now look forward to a better experience, owing to this new YouTube premium alternative. You may get the micro-g app, which is essential for the app to work properly, by visiting this Telegram channel.

The official ReVanced Telegram channel (link) was been formed. And here is the (link) to their GitHub repository, where you may get the root version of the app.